A dashing mage and bannerman of Duke Silvershield

A handsome and courteous young mage with ambitious goals.

This young wizard is graceful, charming, and darkly handsome. He was a dancing master in Athkatla until he discovered his aptitude for the magical arts and began dreaming about the immense wealth a successful wizard could amass. He departed his home to start a new career as a wizard by seeking out a well-heeled sponsor among the upper crust of Baldur’s Gate. With his charm, and a talent for magic, Imbralym quickly attracted Duke Silvershield’s attention. Duke Torlin Silvershield used his influence to have Skoond made a peer (the most recent appointment to the parliament), and the wizard has been his leal servant ever since. 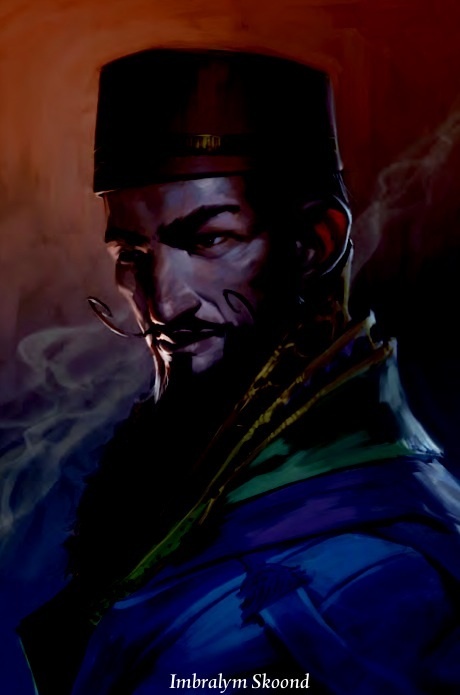