Tellus has returned to Baldur’s Gate after having been instructed to start his studies at a seminary. Having no intention of being a priest, he follows in the footsteps of his former pirate father and is embroiled in dangerous adventures with unscrupulous sorts. His high birth is as much burden as boon – since he would rather his family not know that he disregarded their wishes and is risking his life. 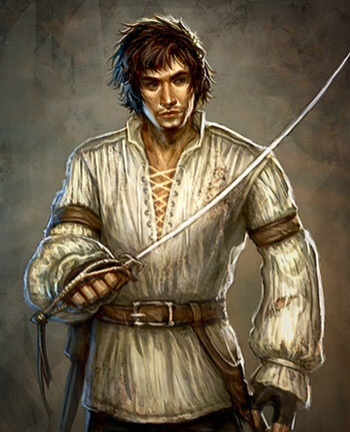